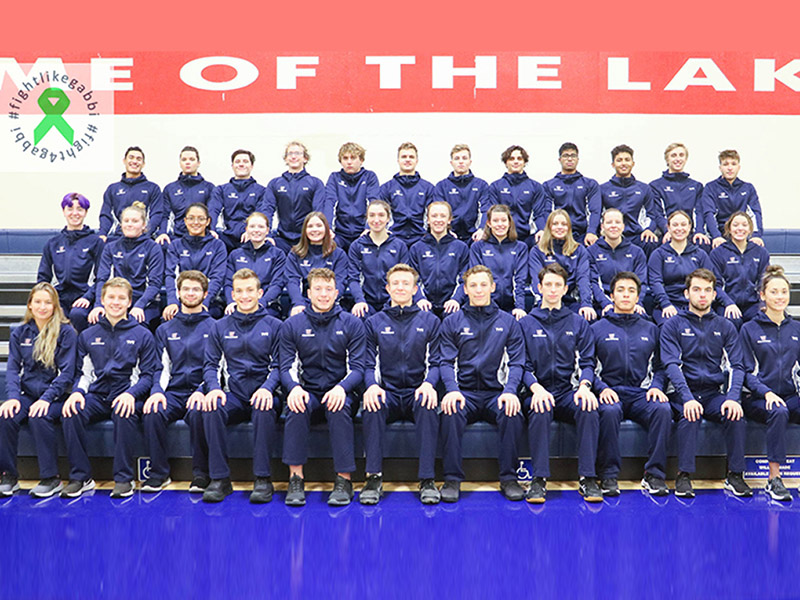 Richmond, VA – The Southwestern Oregon Community College men and women’s swimming teams have been selected by the College Swimming and Diving Coaches Association of America (CSCAA) as a Scholar All-America Team. The men and women posted GPAs of 3.29 and 3.43 respectively to earn the honors. In total, 728 teams from 450 colleges and universities earned the honor. Those with a GPA of 3.3 or higher will now become eligible for the Intercollegiate Coach Association Coalition All-Sport Academic Standings.

Greg Earhart, CSCAA Executive Director highlighted Southwestern Oregon’s achievements noting, “Coach Bullock has done a tremendous job. These 39 men and women are some of the best ambassadors that Southwestern Oregon and the NJCAA could ask for.”

Coach Sandra Bullock reflects, “I am proud of the team’s dedication to strive for excellence in the classroom. This is a legacy that has been passed down from the class of 2016, setting the expectation from the very beginning of SWOCC Swimming. A foundation that has been carried on for 8 years now. I’m thankful for the student-athletes who believe in what we are doing and give their best effort in the classroom as well as in the pool. They came here to study, swim, and be a part of something bigger than themselves and they are getting it done in the classroom as a team!”

Southwestern’s Athletic Director, Dr. Mike Herbert praised Coach Bullock’s leadership of the team. “This is all Coach Bullock. It was her leadership, drive and high expectations that led to this accomplishment. The athletes did their part as well, and should be acknowledged, but it doesn’t happen without her leadership.”

A pair of West Coast teams led the way. Caltech’s women and Pomona-Pitzer’s men’s teams posted GPA’s of 3.97 and 3.87 respectively. The two were a part of fifteen SCIAC schools to earn the honor. For the second-straight Fall, Harvard’s men led Division I men while Brianne Globig’s Toledo squad topped the women’s list. Both teams posted 3.79 GPAs. Among Division II schools Lees-McRae and Lenoir-Rhine each posted 3.80 GPA’s to lead all Division II women’s teams while Missouri S&T (3.68) led the way among Division II men’s programs. SCAD-Savannah’s women (3.72) and Keiser’s men (3.53) were tops among NAIA schools while Southwestern Oregon led all NJCAA teams with a 3.43 women’s and 3.29 men’s GPA.

Founded in 1922, the College Swimming and Diving Coaches Association of America (CSCAA), is the nation’s first organization of college coaches. The mission of the CSCAA is to advance the sport of swimming and diving with coaches at the epicenter of leadership, advocacy, and professional development.